When we think about Daniel Radcliffe, the first thing that comes to mind is probably a certain wizarding school. When we think about Robert Pattinson, we see sparkling vampires. We’re all familiar with the actors whose names invoke a single hero or genre in our memory. But despite these stereotypes, many actors have shed the curse of being associated with their early movies and moved on with their Hollywood careers.

We invite you to reminisce about these actors who have managed to escape the stigma of their early roles and forge fascinating careers in Hollywood. 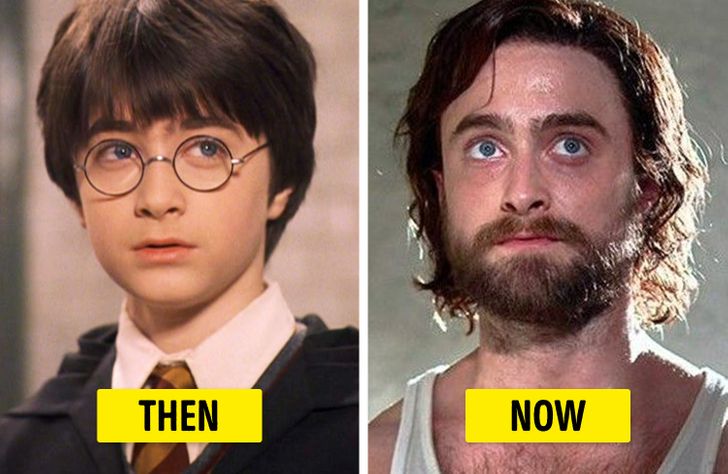 Daniel Radcliffe grew before our eyes on-screen, while many people grew together with him. And now he’s tried his best to divorce himself from Harry Potter and prove that he’s a talented young actor, not just “The Boy Who Lived.”

This endeavor includes taking on very experimental, bold, and creative indie films. Among them is Kill Your Darlings, where he plays the real-life beatnik poet Allen Ginsberg, and Swiss Army Man, where Radcliffe plays the most insolent and obnoxious, yet sincere and thoughtful role of… a farting corpse. Yes, you read that right. And he nailed it. 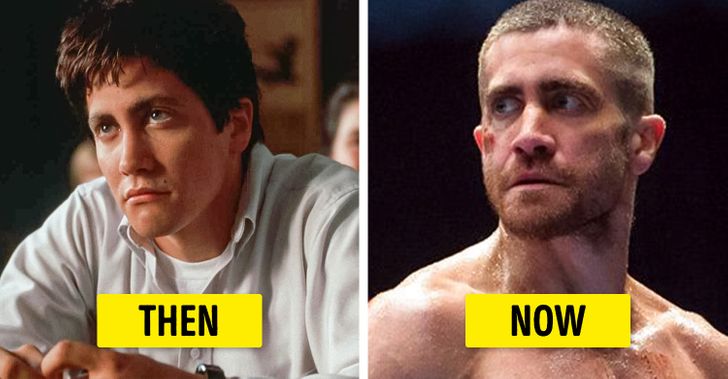 Jake Gyllenhaal earned himself the reputation of Hollywood’s darling weirdo. And he has surely accomplished some intriguing performances over the past decade. His breakthrough role was the eponymous hero of Donnie Darko, a strange brooding character in a strange brooding movie.

Nowadays, he often plays people who could be best described as “freaky,” ranging from “struggling yet uncanny” (Enemy, Zodiac, Nocturnal Animals) to “funny psychopaths” (Nightcrawler, Demolition, Spider-Man: Far From Home). 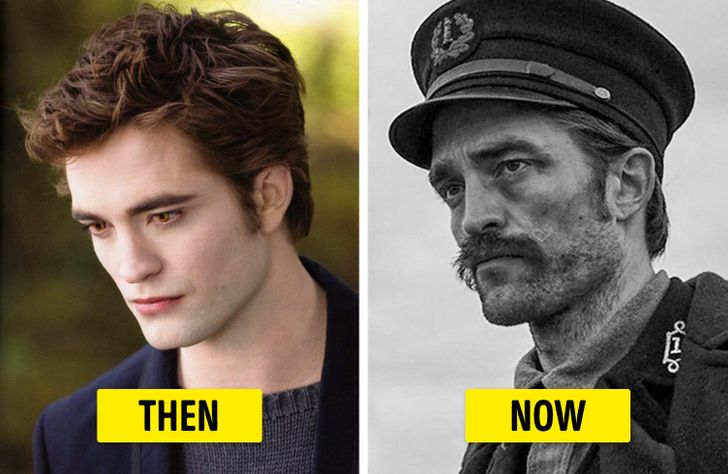 Robert Pattinson, another of Hollywood’s oddballs, went on a crusade to pick as many weird roles as possible to distance himself from Cedric Diggory in Harry Potter and the glittering vampire from Twilight. It’s no wonder his projects are oftentimes both controversial and challenging. Such is, for example, the monochromic horror The Lighthouse. Pattison said: “I just want to do something weird,” and admitted that he accepted the role after he read the script and realized: “I’ll have a cool mustache.”

He is also playing Bruce Wayne in the upcoming Batman movie, which promises to be something very special, if for no other reason than because he outright refuses to work out for the role. 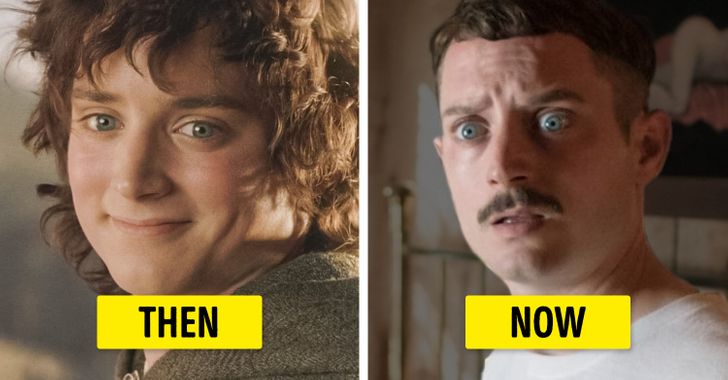 Elijah Wood’s career peaked with his role in the Lord of the Rings trilogy. So he has decidedly gone wild with his movie choices and has taken on several unusual projects.

He’s the star of 2 odd TV series: the endearingly odd Dirk Gently’s Holistic Detective Agency and the darkly odd Wilfred. Wood leans mostly toward slashers, horrors, and black comedy — and everything in-between — a far cry from the fantasy adventures of Frodo Baggins. 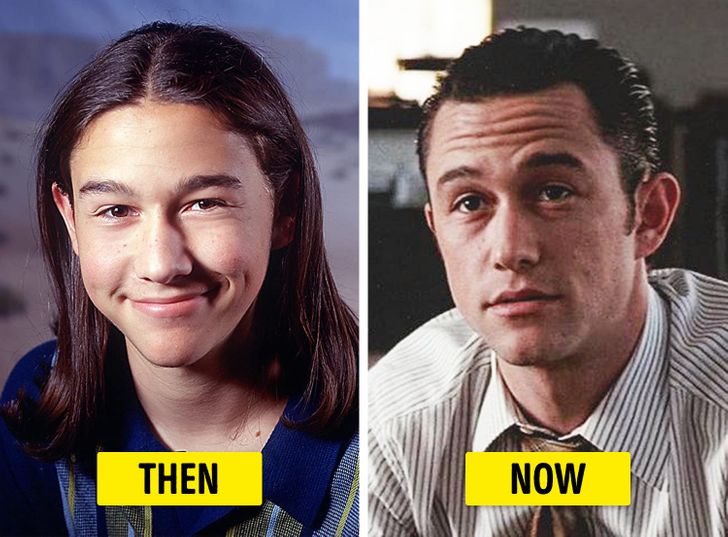 Joseph Gordon-Levitt started by playing small roles in cheesy sitcoms (3rd Rock from the Sun) and no less cheesy romantic comedies (10 Things I Hate About You). Since then, he’s showed his tremendous acting range: from tense indie dramas like 50/50 and Mysterious Skin, to blockbusters like Inception and The Dark Knight Rises, to the acclaimed 500 Days Of Summer, a smart movie presenting what a real-life relationship looks like, which has little in common with cheesy romantic comedies. 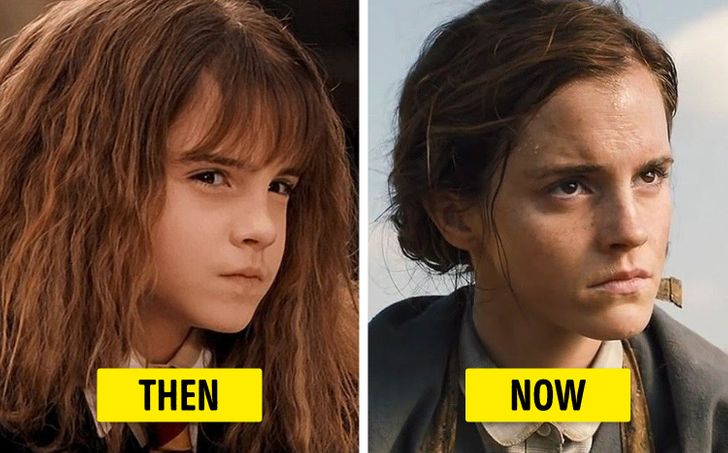 Since Harry Potter, Emma Watson has moved onto mature roles with elegance and poise, proving that she can pull off any type of character. She masterfully played a teen girl, in The Perks of Being a Wallflower, who has nothing in common with Hermione. Unlike Radcliffe, she continues to star in blockbuster films, like the Beauty and the Beast live-action remake.

Watson is also known for being very strict with her choice of roles and generally gravitates heavily toward feminist and progressive stories, like the recent adaptation of Little Women. 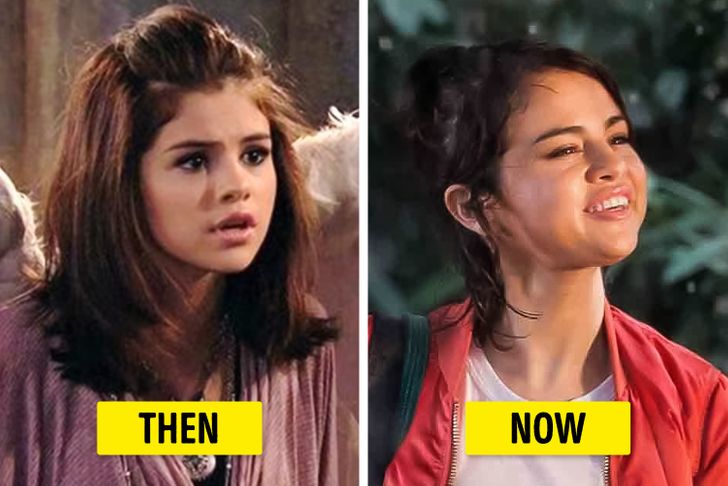 Selena Gomez is the poster girl of Disney Channel child actors: The Suite Life of Zack & Cody, Hannah Montana, Wizards of Waverly Place, you name it. After Wizards ended, Gomez stepped out of the Disney bubble and took on more adult roles in few controversial movies, like Behaving Badly and Spring Breakers where she acted in some intense scenes.

Gomez has proven herself in the unique medium of voice acting: she voiced a teenage vampire girl in the Hotel Transylvania franchise and landed the role of the lead female voice actress in the Arthur and the Invisibles trilogy. 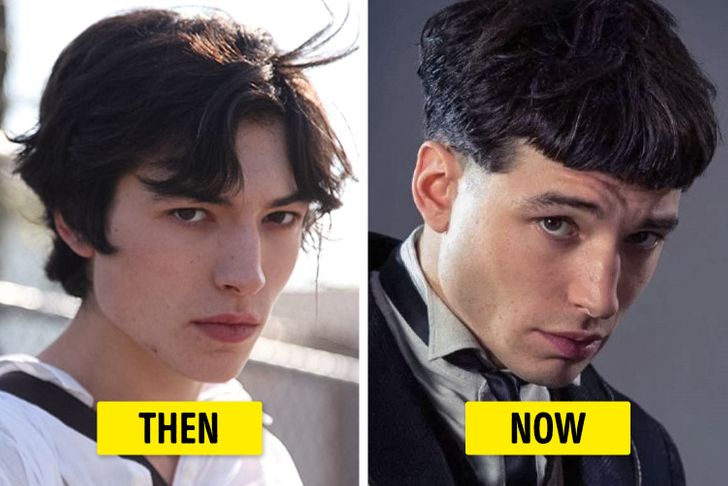 Perhaps, Ezra Miller’s 2 most recognizable performances include teen dramas: The Perks of Being a Wallflower and We Need to Talk About Kevin. While the first movie is a powerful coming-of-age story, the second is a heavy thriller, exploring mother-son relationships, parenting failures, and “difficult children.” 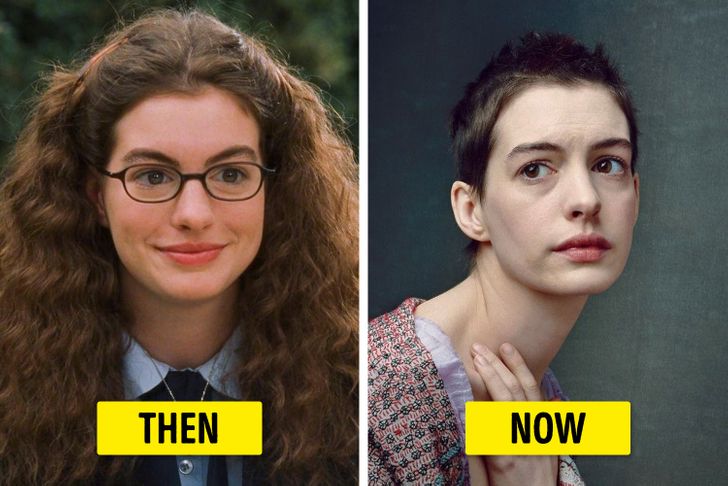 For years Anne Hathaway played innocent roles in Disney movies like The Princess Diaries, before catapulting into the position of a big-name superstar. Her acting portfolio is one of the most diverse out there: the fashion comedy The Devil Wears Prada, Tim Burton’s eerie Alice in Wonderland, the superhero blockbuster The Dark Knight Rises, the sci-fi drama Interstellar, and the all-female spinoff of Ocean’s Eleven, Ocean’s 8.

And when you think that she’s done and has nothing else up her sleeve, she unfolds her voice in the film adaptation of the Broadway musical, Les Miserables, and sings a heart-wrenching song. And she wins herself an Oscar with it. 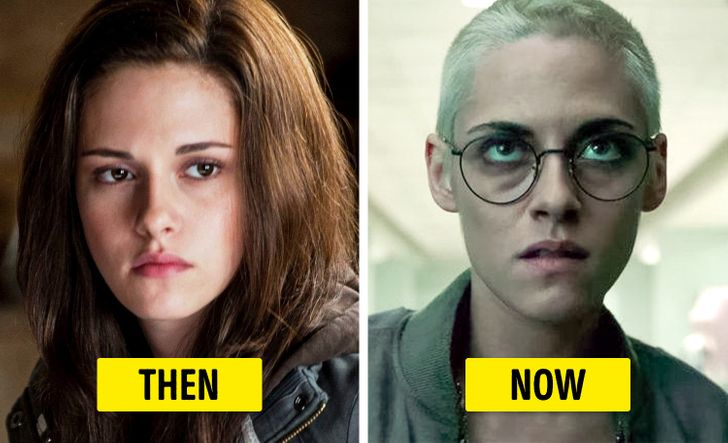 People tend to dismiss Kristen Stewart because of her part in the Twilight franchise, yet she has long proven herself to be a versatile actress. Like her costar, she now has some intriguingly off-beat movies under her belt. Among them is the horror Underwater, set on a deep-sea rig where filming often required actors to be submerged. As a result, the movie took a great toll on Stewart, both physically and mentally.

And, who would have guessed, now she’s playing Princess Diana in an upcoming movie. As the director has said: “Kristen can be very mysterious and very fragile and ultimately very strong,” and this is exactly what they need for Lady Di. So it’s time for Stewart to blow the dust off of her British accent.

Which actors have exceeded your expectations? Share your answers in the comments.